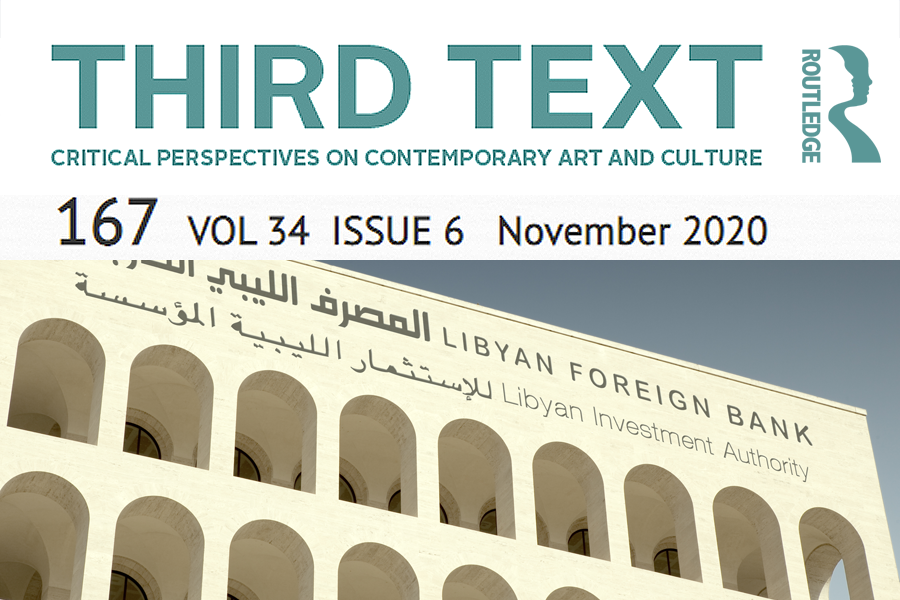 [en] Collica & Partners is very proud to report this article from the prestigious art magazine Third Text, dedicated to our artist Federico Baronello and his photographic project 'EUR_Libya (2011-2013)'.

Can we interpret fascist buildings beyond the circumstances of their creation, addressing their multiple afterlives while acknowledging their shameful origin? Federico Baronello’s photographic project EUR_Libya (2011–2013) offers an answer. He photographed iconic fascist buildings in Rome but digitally altered them to include Libyan flags, and logos of the Libyan National Bank and of Italian corporations enmeshed in the economy of Italian former colonies. I address Baronello’s aesthetic choices as a questioning of notions of centre-periphery in the narrative on Italian fascism. Baronello’s project gives visual form to the fascist dream of the Mediterranean as ‘Mare Nostrum’ or ‘Our Sea’, while showing its post-war legacy in the economic relations between Libya and Italy. I also analyse how EUR_Libya challenges architectural photography and its pretences to documentary truth, as well as photomontage, a medium with a loaded history as an avant-garde tool also commonly used in Italian fascist propaganda.